What are the Benefits of Using a Backflow Preventer?

A backflow preventer is an essential component in pipelines involving cross connections. While a check valve is commonly associated with preventing backflow, an actual backflow preventer performs a more specific duty, and is a bit more complicated in design. Principally, both prevent fluid from traveling backwards in a line, but a check valve in itself is not an absolute, particularly in functions that demand backflow prevention, such as piping systems utilizing added chemicals, or are prone to frequent pressure loss, or absolutely must not fail. These pipeline assemblies typically involve potable water, where contamination from sewage, chemicals, etc. can spell disaster. Major applications will include plumbing and other waterworks, irrigation systems, and fire prevention systems. 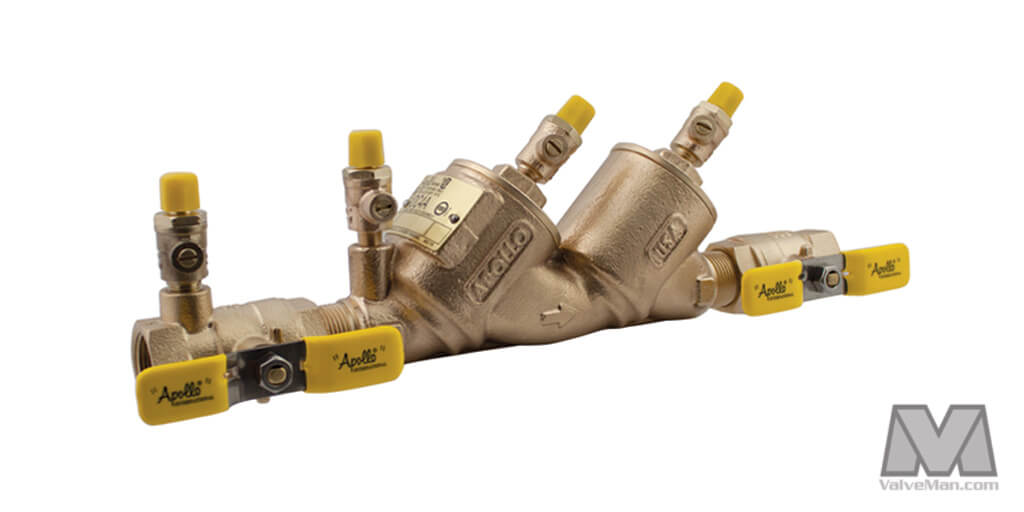 A check valve is fairly simple. It allows fluid to flow in one direction, and stops it from traveling back through the valve if the fluid reverses direction. A ball, or clapper, automatically moves to stop the flow when the pressure drops below cracking pressure (the amount of fluid pressure required to open the valve). This is a very reliable system for countless applications, but it can fail if something becomes lodged between the ball and the seal, and therefore not suitable for multi-purpose pipelines which include supplying fresh drinking water. A backflow preventer, on the other hand, incorporates 2 (sometimes more) check valves, which are controlled by a pressure sensing diaphragm, and a dead space where the fluid is trapped until pressure is equalized on both sides. This is a fail safe measure designed specifically to divert fluid--through a relief valve--from traveling in either direction should a seal falter.

In this way a backflow preventer is advantageous if a foreign object lodges itself in the clapper (check valve), causing it to stick open. Here the ordinary check valve will fail, allowing fluid to travel either direction through the valve, while a backflow preventer will trap and divert the fluid, rather than allowing it to pass. Because of the pressure sensing diaphragm, this same scenario is repeated should something be lodged in the second check (the other check valve). Back siphonage is prevented in much the same way--fluid traveling in the wrong direction will not activate the diaphragm; the check valve remains closed. 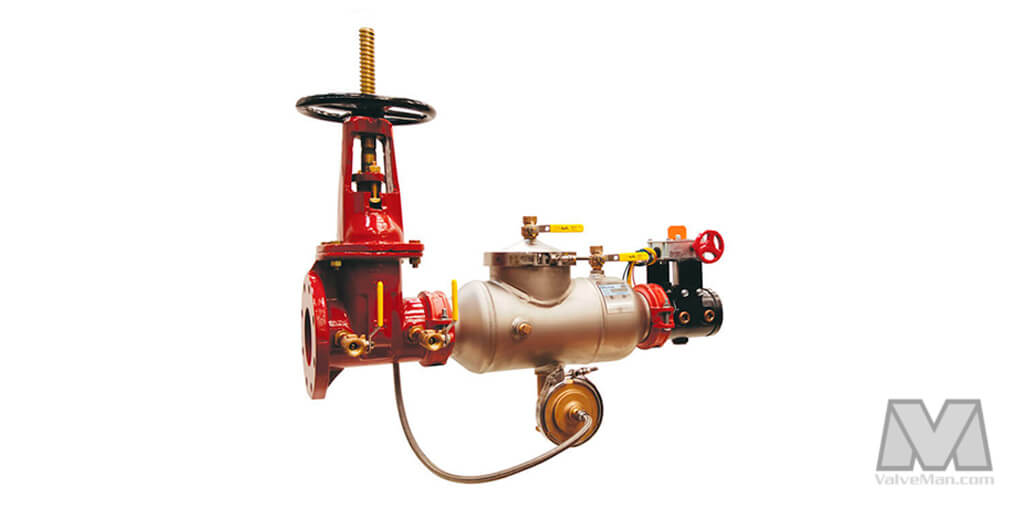 Often, intricate and problematic piping systems involving cross connections are code-required to utilize a fail-safe for eliminating back-siphonage, which can result in contamination. This phenomenon can occur at these critical cross-connections--common in potable water pipelines servicing large office buildings or apartment complexes-- because they are tied into sewage disposal lines. When a break in service occurs, or during a fire hydrant flush (for simple examples), causing significant pressure loss. Without backflow prevention, line pressure drops can lead to contaminated water back siphoning into drinking water feed lines.

Also known as an RP (reduced pressure) or an RPZ (Reduced Pressure Zone) valve, a backflow preventer is furthermore beneficial to irrigation systems, which are prone to problems--pressure drops--similar to drinking water systems. This can happen during a pressure loss, allowing chemicals to siphon back into the fresh water supply. Pesticides and fertilizers must not be allowed to contaminate watering systems, where they could be potentially harmful. Installed at cross connections, a backflow preventer keeps the chemicals from the potable water source.

Likewise, fire systems rely on stored water that can become contaminated with bacteria. Preventing backflow and backsiphonage is therefore crucial for obvious safety reasons when the system is connected to a potable water line. Addressing these issues is beyond the limits of a simple check valve, and necessitate the utilization of a backflow preventer. The Apollo Valve 4ALF-100 and 200 Series offers top-of-the-line technology in backflow and backsiphonage protection.

Who Makes Some of the Best Backflow Preventers?

Both the 100 and 200 Series are approved by the Foundation of Cross Connection Control and Hydraulic Research, University of Southern California, and are ASSE (1015), IAPMO, and CSA (B.64.5) approved. Both operate in temperatures ranging between 33 and 180 degrees F, and 175psi. Low pressure loss. Compact, easy maintenance requirements. No specialized tools required. Repair kits are available. 5 year domestic warranty for either series. Compliant for potable water systems.

Backflow prevention is a crucial element in many piping systems, regardless of the fluids or materials they may be transporting. And, keeping up with today's potable water lead restrictions is another concern for piping systems that require backflow prevention. When you are buying these specialty valves, consider Apollo's 4ALF series first, and consider buying them from an industrial grade valve supplier who has been in the business for over 50 years. The ValveMan.com valve store is proud to offer Apollo lead free backflow preventers, as well as an extensive list of other great Apollo valves. In fact, all we sell are valves. It's what we do, and we do it better than anyone else.