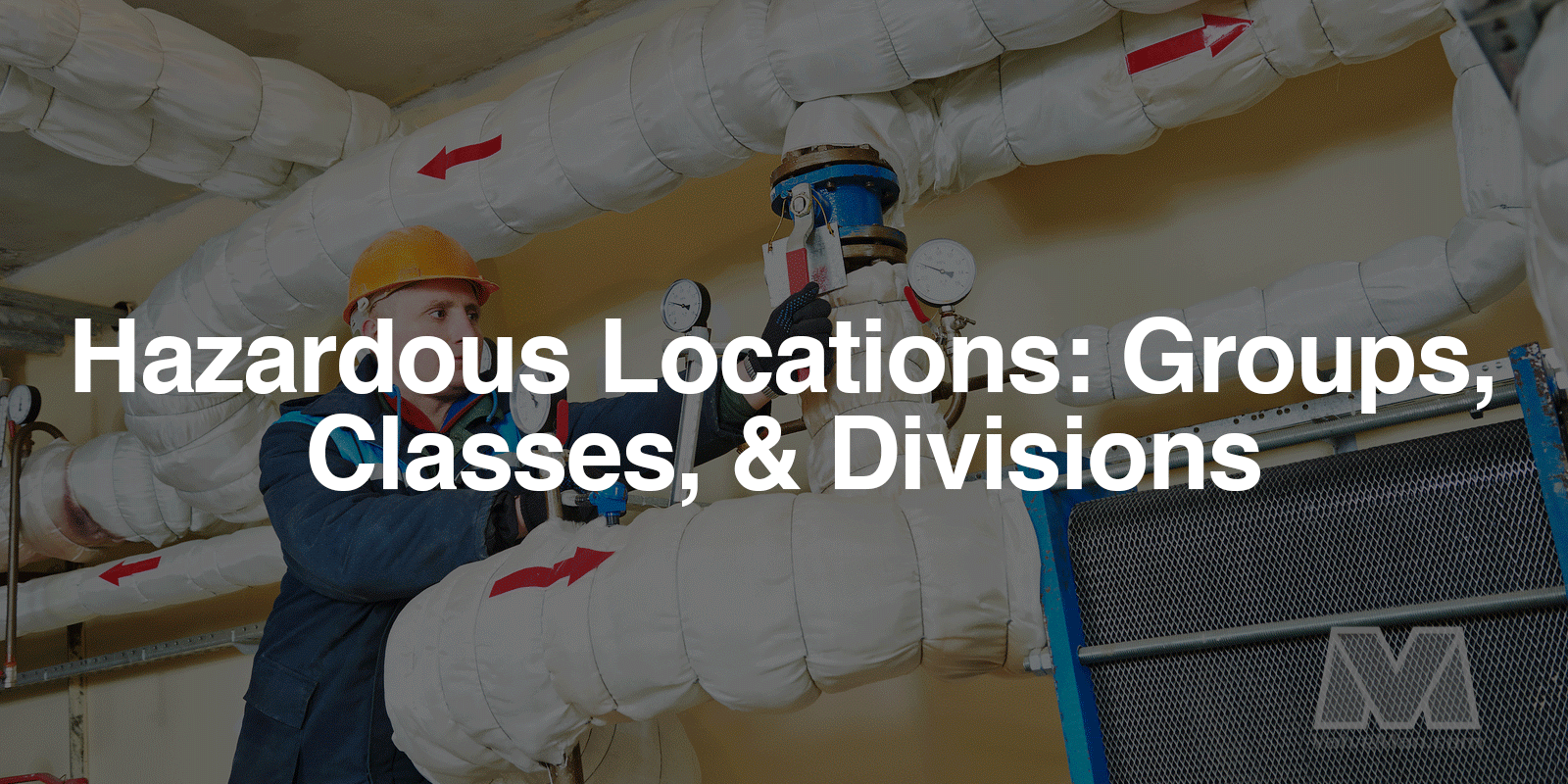 Staying safe in the workplace--or keeping job site conditions safe--hinges upon a knowledge of Hazardous Locations, what this classification means, and how it all breaks down. Understanding the nature of these particular conditions may be of the utmost importance to anyone working with electricity, such as someone installing, repairing, or replacing something electrical, like a solenoid valve, especially in workplace environments where fire and explosion threats are prevalent. In essence, those areas in which fire or explosion dangers may exist--due to the existence of flammable gases, liquids, vapors, or other combustible particles, like fibers or dust, in large, concentrated quantities--are called hazardous locations. These locations and conditions are identified by classes, divisions, and groups.

Hazardous locations are broken down into three sections known as Classes: I, II, and III. Each Class's rating is dependent upon specific conditions which are further determined by divisions and groups. Otherwise, classes are identified as follows:

Hazardous Locations, because of their very nature, require special wiring and conduit that meets regulations and codes designed to prevent accidents and fatalities caused by electrically ignited fires and/or explosions. General purpose electrical wiring and conduit is not rated for such areas, and is potentially dangerous. Likewise, general purpose valves are not rated for hazardous locations, either. Valves valves being utilized in hazardous locations are typically made of brass or other non-conductive materials. At the ValveMan valve store, ValveMan.com, we want you to be informed, because we want you to stay safe! We've been in the valve business for over 50 years, and we know all about hazardous locations and which materials are safe to use within them, as well as the guidelines for establishing these safety regulations. That's because we are a major distributor of industrial grade valves. In fact, all we sell are valves--and that's what separates us from the competition. It's simply what we do, and we do it better than anyone else.