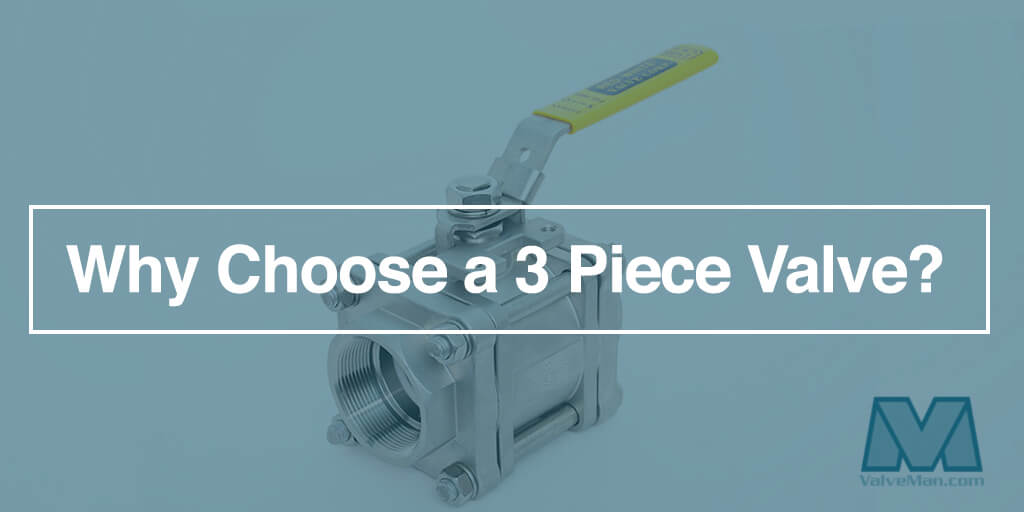 Why choose a 3 piece valve? Favored by various industries including the gas and oil, food and beverage, and chemical processing and manufacturing companies, the 3 piece ball valve is indispensable as a time and money saving tool on any pipe line or system. Its unique configuration allows it to do things other valves can't.

So, what is a three piece valve? A 3 piece valve incorporates three pieces: the middle housing, and two end pieces. Let's use an inline, 2 way valve for an example. At one end we have an inlet port, and at the other, the outlet (2 ways). Snuggled in the main housing is the ball, which allows or halts a media's movement. Normally, this valve is affixed in place permanently, by threaded, soldered, or welded connections, and because some media, being heated and processed, can reach temperatures exceeding 500°F, these end connections can be costly if disturbed. Removing this valve, for any reason, disturbs the connections, which can result in unwanted leaks. Imagine if this same inline, 2-way ball valve was equipped with special end connections that stayed in place, allowing for the removal of this valve's main housing, the middle part. In this way, the valve itself can actually be removed from the line, for whatever reason--inspections, repairs, replacements--without ever disturbing the end connections, and risking the chance of creating leaks, either at the site, or further down the line (which happens quite frequently in pipes transporting steam). 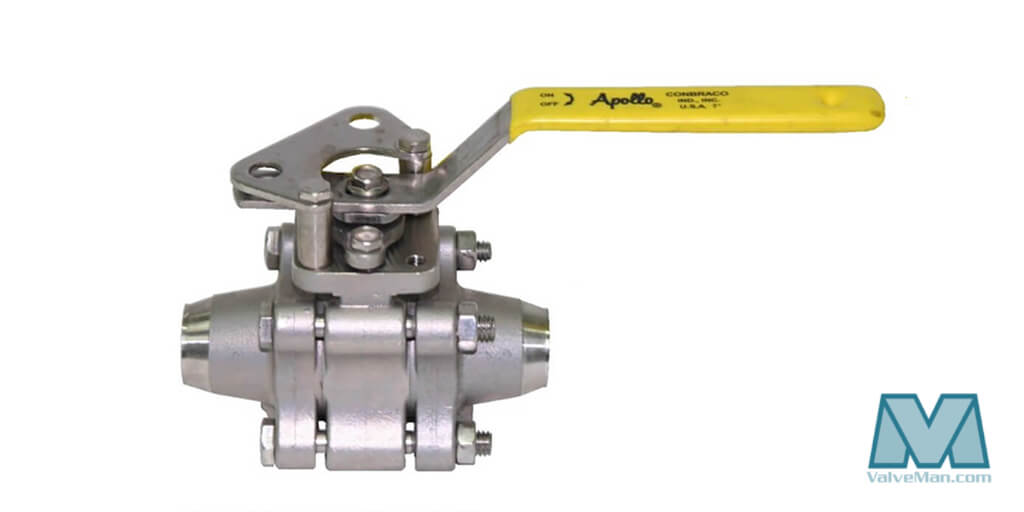 Regardless of how the end connections are attached to the piping itself, whether they be glued, threaded, etc., they are normally connected to the valve's main body--that middle part where the ball, stem, and handle sit--in one of two ways: either they will be threaded, or flanged. A 3 piece valve that employs threaded connections will have end pieces with two sets of threads--one for connecting to the pipe, and one for connecting to the valve body. In the case of a 3 piece valve that utilizes a flange system, which are similar to flat plates, the flanges on the pipeline are bolted to the flanges on the valve body. This is typical for larger bores, and media that is under greater pressure. Both styles allow for the easy removal of the main valve housing.

A Perfect Example of the 3 Piece Valve Advantage

Suppose you work in the food industry as the supervisor, and suppose an inspector just told you the product coming out the end of the line was contaminated with an unwanted foreign substance, possibly remnants of a different product that had been through the line previously. Now you have a problem, time is money, and you're faced with tearing the line apart to clear it of any "strangers." Fortunately, all the valves on your line are 3 piece valves, allowing quick and simple removal, inspection, and cleaning. Not only did you just save the day, but you gained the respect of your boss, who quickly realizes your suggestion to incorporate 3 piece valves was smart thinking. And that's what makes the 3 piece valve so great, and why you chose them in the first place!