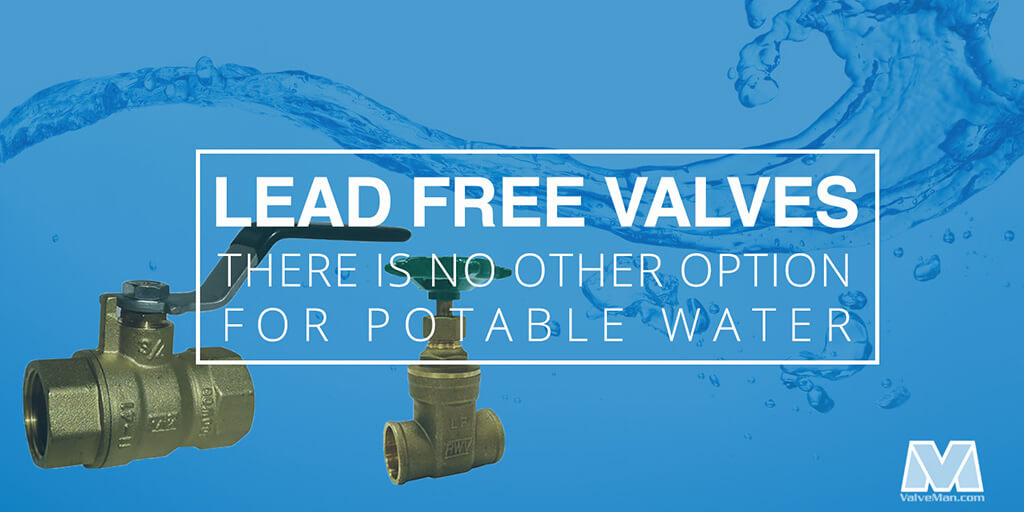 When it comes to assembling a piping system for potable water--drinking water--there is no other option than to use lead free valves. In 2014, the phrase,"lead free," as defined by Section 1417 of the Safe Drinking Water Act, is a weighted average of no more than 0.25% of lead content across a wet surface of pipes, pipe and plumbing fittings, and fixtures, including a 0.2% restriction for solder and flux. What this means to you is that any piping system you install for potable water must contain an average of no more than 0.25% of lead as a whole. The best way to accomplish compliance with this act is to utilize lead free valves.

With the recent "lead in the water" scare in the U.S., many people were shocked and puzzled as to how lead got into a source of drinking water in the first place.  This was because they were unfamiliar with the standard practices of pipe fitting and, more importantly, how certain metal valves, like bronze and brass, are manufactured. They did not know that lead is used in sealants, nor did they understand that lead has been used for centuries as an additive to make metal alloys more malleable when they are being created.

Fortunately, metallurgy has advanced by leaps and bounds in the last few decades. Today, no-lead copper alloys (typically bronze and brass) employ other elements, such as Bismuth (Bi), silicon (Si), Sulfur (S), and Selenium (Se) in place of lead. Combinations of these elements have been used successfully to create lead free alloys. However, these lead free alloys originally proved to be difficult to solder by traditional methods, and lead free solders and fluxes complicated assembly. So valve manufacturers, like Apollo Valve, for instance, have taken the lead free technology even further by creating no-lead alloys that are solder friendly.

There is, of course, another option when it comes to lead free valves and piping systems: PVC (Polyvinyl chloride). Manufacturers like Hayward and Spears offer thermoplastic valves that are non-toxic and 100% lead free. Thermoplastics like PVC and CPVC (Clorinated polyvinyl chloride) do not require solder or flux, either, as pipelines are assembled using non-toxic glues, instead. 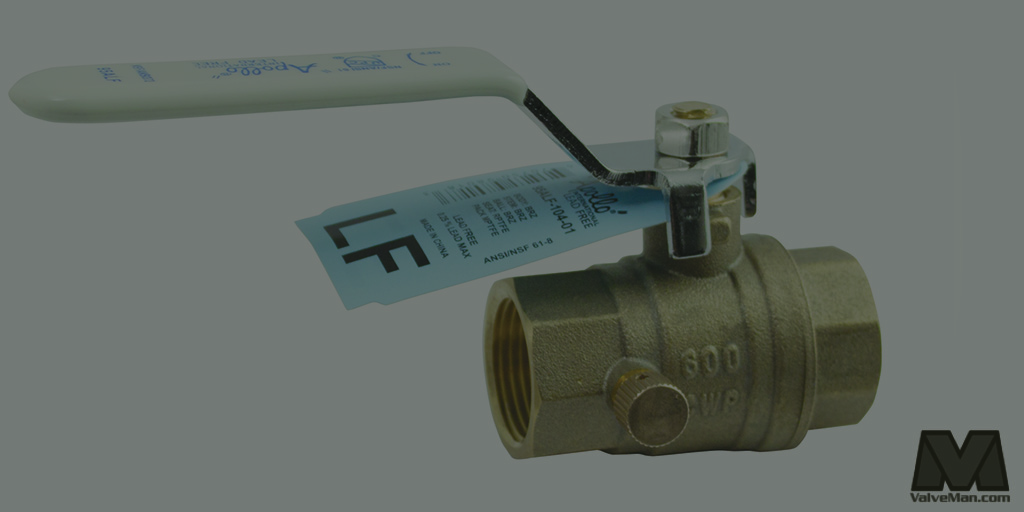 Cleaner Water for a Safer World

The Safe Drinking Water Act of 2014 has forced an industry to reevaluate what was previously thought to be safe practices for transporting water, as well as metallurgical practices that have, until recently, remained unchallenged. The Romans, who are credited with inventing the first working valves, knew that copper acted as a cleaning agent, and removed impurities from water, but they didn't know that the high amounts of lead they also used was poisoning the water. An old myth claims Nero went mad from lead poisoning. Today we understand how dangerous even the smallest amounts of lead in our drinking water can be, and that a zero tolerance for lead content in a water supply system is swiftly becoming the planet's accepted norm. Water is essential to life, especially clean water that is lead free. Lead free valves are available as lead free alloys and in thermoplastic forms. Utilizing these valves will keep a water pipeline under the conditions set by the Safe Drinking Water Act, and provide people with a healthier water supply.

If you've enjoyed this article and would like to know more about lead free valves, you may enjoy browsing Why Choose Apollo Ball Valves.