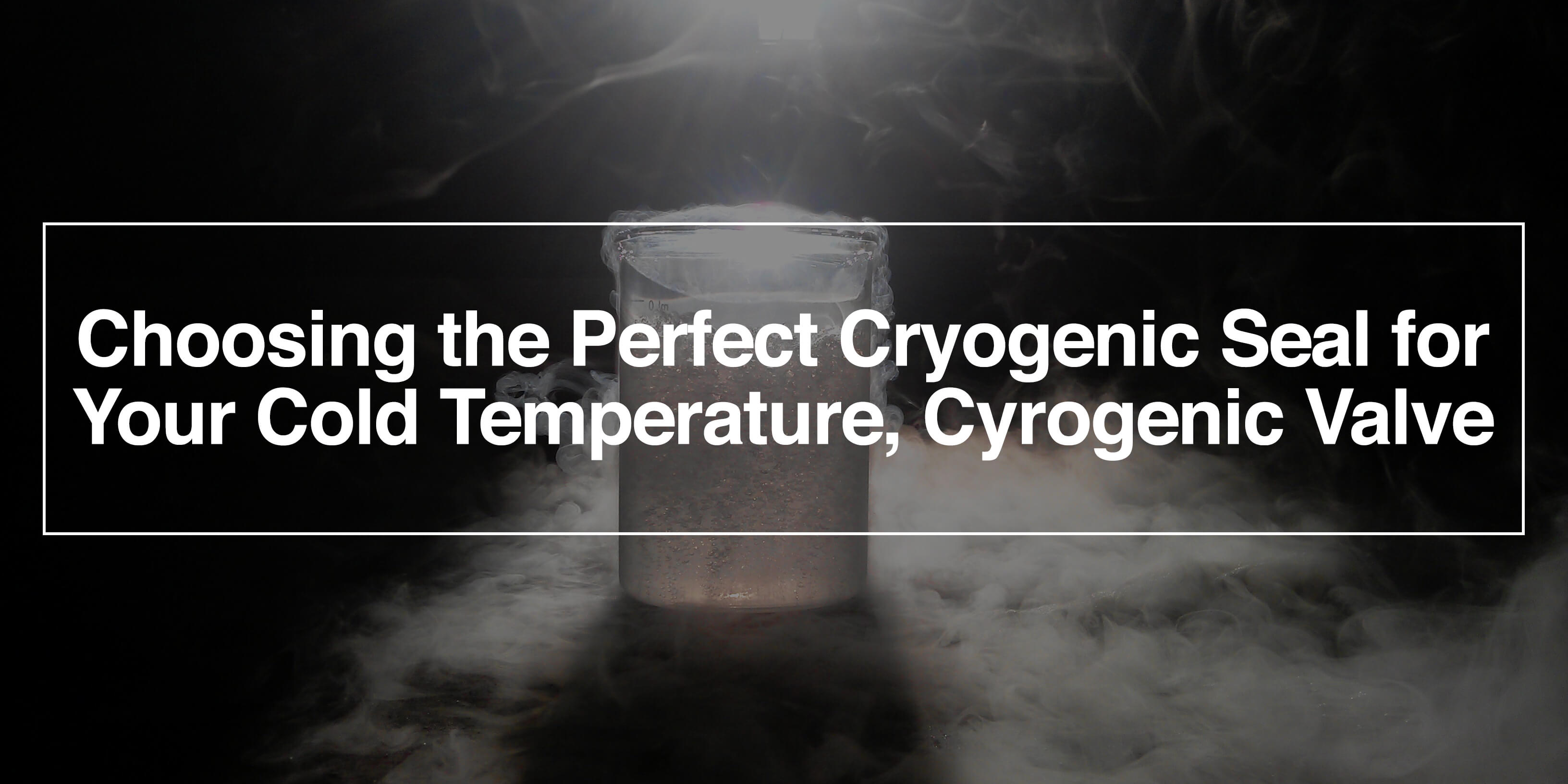 Choosing the right seals for your cold temperature and  cryogenic valves will depend on the stipulations of your media and processing needs. Various medias present unique problems when it comes to the success rate of a seal: wear and tear is caused by repeated valve cycling, pressure, and thermal expansion, as well. In addition to these challenges, cryogenic seals are exposed to extreme negative temperatures, which complicates seal performance.

Extreme cold can wreak havoc on  valve seal integrity. If the seal material is not adequate to handle a temperature exceeding its cold rating, it will fail, which can result in the valve freezing, or worse. The term "cold temperatures" can mean a range anywhere--for instance--from below -51 degrees Fahrenheit to as low as -321 degrees Fahrenheit. Some cryogenic processes deal with even colder temperatures, but the point is that the differences in range require different seals, in this case either Teflon, KEL-F, or TFM, each of which were designed to handle specific temperatures and/or conditions, and are the most common choices for valve seal selection.

Teflon: Teflon was originally invented by NASA to handle the extreme cold of space. A Teflon seal is typically classified as being either TFE, which is considered "virgin" Teflon,  PTFE (polytetrafluoroethylene), or RTFE, which is virgin Teflon reinforced with no less than 15% fibrous glass. The advantage of Teflon is that it is extremely resistant to a wide range of chemicals. Because of this compatibility, Teflon seals are often preferable over ones made completely of carbon--they provide better lubrication with a higher corrosion resistance.

KEL-F: Also designated as PCTFE (or PTFCE),  it is a fluorocarbon rubber, and a registered trademark of the 3M Corporation.  KEL-F has an incredibly low water vapor transmission rating among plastics. It can operate at temperatures as low as -400 degrees and as high as 500 degrees Fahrenheit. KEL-F retains high tensile strength, a low coefficient for thermal expansion, and is nonflammable. Zero-moisture absorption and chemical resistant.

TFM: Widely known by the brand name, Super-Tek, TFM is a hybrid material similar to TFE, but with greater versatility. TFM has a temperature rating of -50 degrees to 500 degrees Fahrenheit, and offers a low friction coefficient at low torques. It is less permeable than Teflon, and offers much better resistance to cold flow deformation--enhanced deformation recovery characteristics.

Cryogenic seals inside a cryogenic valve are expected to do much more than just be cold resistant: they must provide a tight, leak-proof seal while maintaining shape under duress; they must reduce the severity of cycling fluctuations and other stresses associated with valve cycling speeds, as well as the pressures produced by media, and media velocities. Each of the aforementioned seals addresses these particular aspects, and provides protection against pressure and thermal fluctuations.  Teflon, KEL-F, and TFM are the top choices for seal material in a wide variety of cryogenic valves as they provide versatility, reliability, and longevity in a broad operating temperature range. Valve performance relies heavily on the integrity of seals, especially in cryogenic seals, as they are subjected to harsher internal environments.

ValveMan.com Is Your Cryogenic Headquarters

Let our  valve store handle your cryogenic processing needs. As an industrial grade valve supplier with over 50 years experience, we are more than familiar with the numerous operating demands and peculiarities synonymous with cryogenic seals. Knowing the finer details--and the fact that we only sell valves--is what separates us from our competition. It's simply what we do, and we do it better than anyone else.