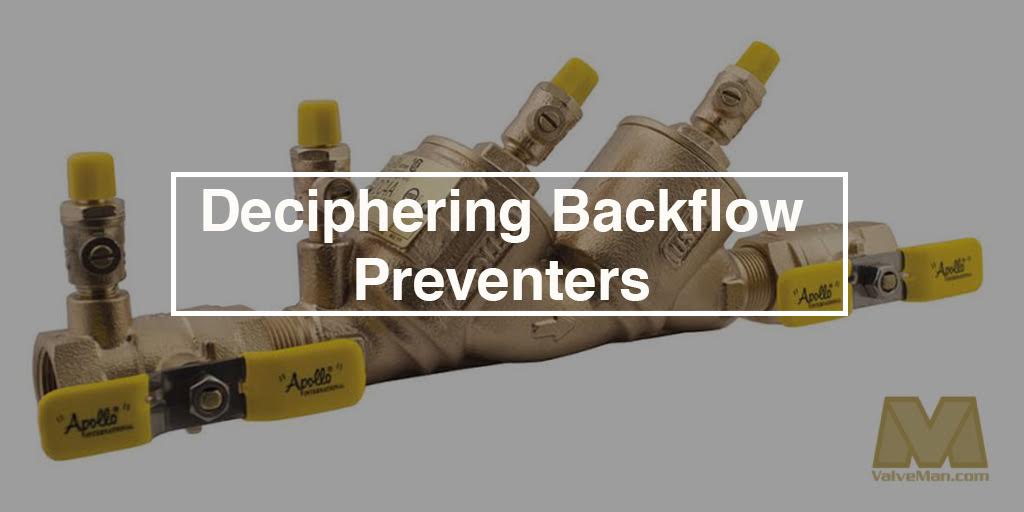 When a simple check valve is inadequate for the job, you need a backflow preventer. But knowing you need one and understanding how they work are two different things entirely. Unlike an inline check valve, which prevents fluid from traveling backwards through the system, a backflow preventer is far more complicated, particularly because it does more than simply regulate backflow.

A backflow preventer also prevents back siphonage. The reason for this is an integral cause for its standard application. A backflow preventer is typically installed anywhere in a piping system that involves major cross connections. Its job is to prevent non-potable water from contaminating potable water. Back siphonage happens when there is negative pressure in the supply feed: a vacuum is created that allows water to siphon in the reverse direction. Backflow, on the other hand, is caused by back pressure--this happens when the pressure of the non-potable water is greater than the pressure of the drinking water as it is supplied from a distribution or source. 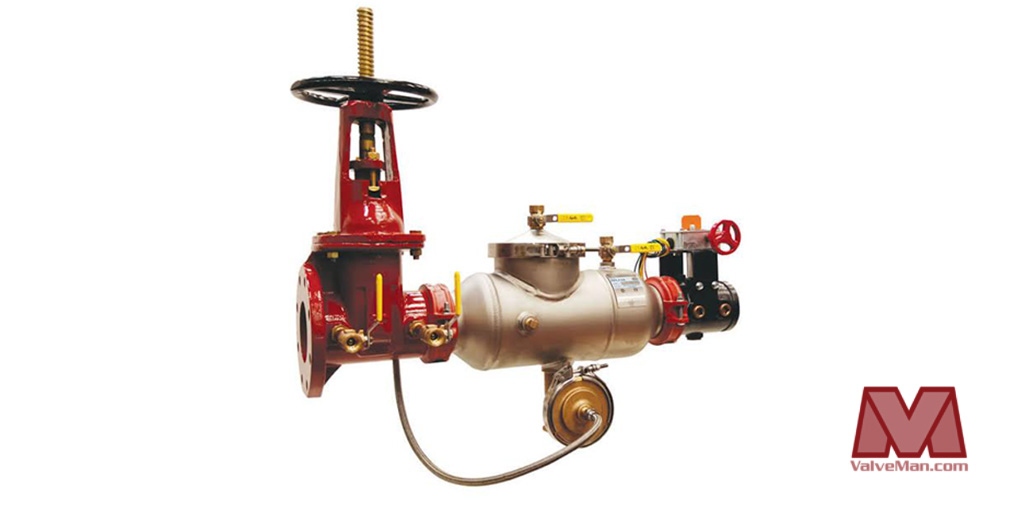 To prevent back siphonage, as well as backflow, a backflow preventer incorporates a series of check points that respond to pressure. These points are essentially gates--or check valves, if you will--that open and close, allowing up flow travel, and stopping reverse travel. There are two gates, an empty space between them, and a diaphragm that is activated by pressure. As up flow water pushes against the first gate, exceeding a preset psi, it is directed to the reservoir of the diaphragm. When cracking pressure is reached, the diaphragm depresses and closes a relief valve. As pressure builds, exceeding the next preset psi, the gate open, allowing the chamber to fill. Once this zone is filled, the second gate opens. This is normal water travel through a backflow preventer. When the inlet is shut off, both gates close, and know backflow gets through.

Because of the double check valve design, combined with the diaphragm and relief valve, a backflow preventer is practically foolproof. Fouls like debris, which may force a gate to be stuck open, are managed by a pressure equalization that will open the relief valve, alerting you there is a problem. Likewise, backflow is prevented in the same way--the valves respond to pressure. If backflow pressure is greater than up flow pressure, the second gate closes; if the second gate cannot close due to debris, the first gate will close, and the relief valve will open. Back siphonage is handled in the same way. Even if both gates are stuck open with debris, neither backflow nor back siphonage can contaminate the potable water, as the problem will be directed out from the backflow preventer via the relief valve.

ackflow preventers are applied anywhere there is a cross connection in a potable water system, as these systems also direct waste water, sprinkler systems, fire sprinklers, etc. They are the fail safe standing between you and unsafe drinking water. If you've enjoyed this tidbit about backflow preventers, you may also like other articles such as T-Port Vs. L-Port or Why Choose Apollo Ball Valves In fact, you can find backflow preventers--made by Apollo--right here on our website.