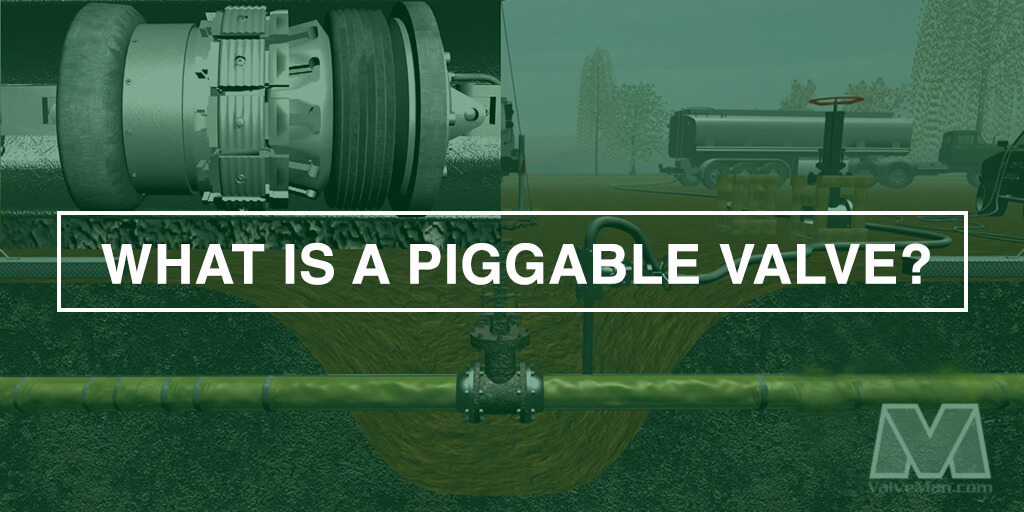 Pigging, an operation typically used in larger bores, is becoming more popular as a means of keeping smaller pipe lines clean. However, while miniaturizing the process is relatively simple, designers wanting to capitalize on it may have to rethink their valve choices for any new or upgraded piping system, as only certain valve types are piggable. Not every valve configuration allows for this ingenious cleaning process.

What is a Piggable Valve

Pigging is a word used to describe the action of cleaning a pipeline via the means of a device, that travels through the line, known as a pig. This device, an invention of the oil industry (sometimes referred to as a Pipeline Intervention Gadget), derived its funny name because of the squealing sound the original--composed of straw and wire--made as it traveled through a pipe. Replicating the action of a gun barrel cleaning brush, a pig travels through a pipeline, scrubbing the interior circumference clean of debris as it is carried along by the media flow. Pressure from the media builds behind the snug-fitting pig, and pushes it along through the entire pipeline, providing the pig fits through all of the valves. Therefore, a piggable valve is any valve that allows the free travel of a pig.

Not every valve can do this. The design of some valve types makes it an impossibility. Take, for example, a butterfly valve, which utilizes a rod that runs through the center. It would not be possible to clean it using a pig. In order to work, a pig must have an outward circumference that is practically equal to a pipe's bore, otherwise it would be little more than a foreign object in the line, and would prove useless. Because of its size, it could not pass through a butterfly valve, or any other valve using a comparable plug. Nor would it normally be able to pass through a valve using a reduced bore (though multi-diameter pigging is possible with the right equipment, though it is more practical in larger diameter applications).

Any pipeline utilizing pigging for cleaning must have an entry and exit point for the pig. An entry point is called a launch station--often replacing a section of pipe-- while a receiving station, or what's commonly called a pig catcher, is the exit. Since the incorporation of launch and retrieval tubes requires removing sections of piping, a practical connection type between valves and piping, then, would be flanges. This would be another important consideration when designing or upgrading a pipeline utilizing piggable valves--connections that are not compromised by the removal of the valve.