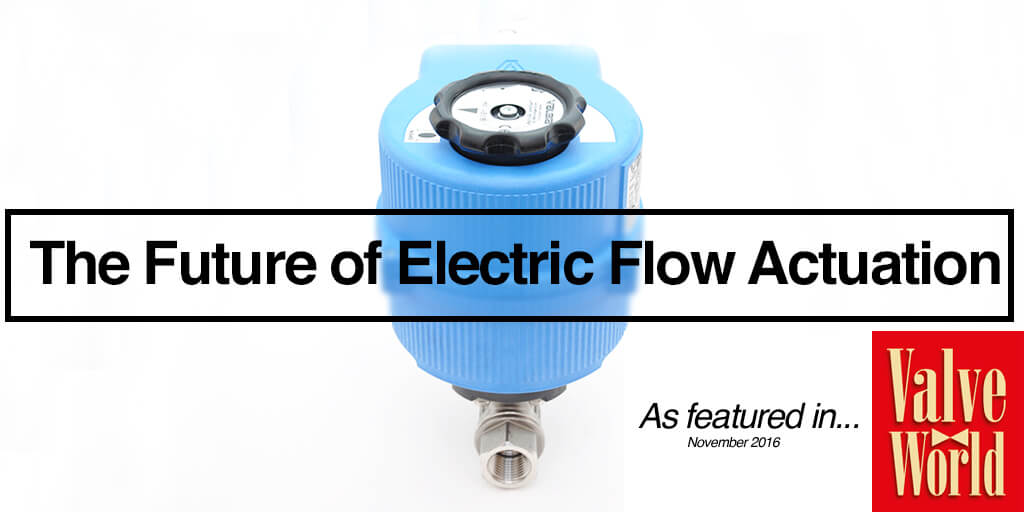 Historically, a litany of perceived disadvantages, ranging from the cost of acquisition to the complexity of implementation, have challenged the ready adoption of  electric actuation solutions over other viable avenues of automation. However, a brief exploration of the advances in electric actuation technology can effectively dispel many of these preconceived notions.

Generally, project managers, maintenance supervisors, and purchasing agents have long viewed the electric actuator as an expensive solution given its limited cycle life of approximately 50,000 cycles and its relatively high initial unit cost when compared to the analogous unit price of a pneumatic alternative. Furthermore, the extra complexity introduced by opting for these electrical devices over other possibilities, coupled with the obstacle of needing technicians with higher level maintenance skills capable of servicing and troubleshooting these electric  actuators, has often dissuaded parties away from the initial purchase. But, cost and complexity only begin to introduce the historically perceived limitations of the electric actuator. The installed ambient temperature range being restricted to approximately 158 degrees Fahrenheit and poor enclosure seals which typically lead to moisture incursion and corrosion of the internal components over time, have limited the range of environments in which one could employ an electric actuator. In addition, the delayed control response of the device, stemming from the time consuming nature of operating its mechanical gear train, and the lack of reliable, emergency failure modes upon loss of motor power have precluded the use of these actuators in a variety of applications. Lastly, the limited duty cycle of the typical electric actuator reaches only approximately 50-70%. In the case of a 70% duty cycle, this would mean that for every 7 seconds the motor runs to actuate the valve, it must rest for 3 seconds. Hence, the time the actuator itself can spend in operation remains severely restricted.

Of course, for all of the perceived weaknesses of the electric option, this approach does have its strengths and though history has instilled the aforementioned drawbacks by rote, a quick overview of the current state of the avant-garde electric actuator can serve to dispel some of these long held negative associations.

First, in exploring the cost associated with the electric actuator more deeply, one needs to consider the total cost of ownership. Though the individual outlay necessary for the initial purchase may exceed the unit price of other options, the total cost of ownership of the electric actuator option remains comparable to pneumatic actuator installations if one takes into account the compressed air system as a whole including the compressors, tubing, fittings, dryers, filters, lubricators, pressure regulators, pressure switches, heat tracing requirements, and the constant electrical system draw to name just a few of the areas of associated costs with pneumatic solutions.

Next, in addressing the concern over the complexity introduced by the selection of an electric, one must consider that the complexity of all automation systems has increased immensely in recent years given the advent of the institution of robust operation control system installations such as  PLC, DCS, SCADA and Bus Networking. As a consequence of this general increase in complexity, better knowledge of these electrical components, better training on the implementation of such devices, and better practices involving the regular maintenance routines required for these components, have not only become more readily accessible for the average user’s installation but have also become a matter of course in many circumstances. Moreover, given this ever-growing necessity for components in an installation to communicate with the aforementioned, sophisticated control systems, one can typically achieve these various, requisite electronic interface capabilities with integral, internal additions to the electric actuators, while adding such capabilities would require additional external devices on pneumatic actuator assemblies. 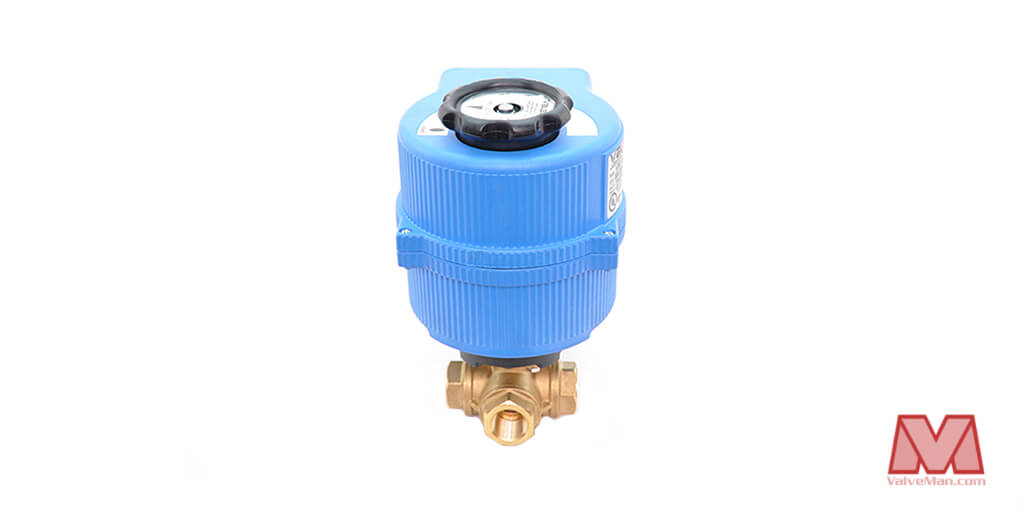 As far as environmental versatility, new and improved materials of construction in the motor drives and the motor control circuits employed on contemporary electric actuators have raised the average constant operating temperature zone classifications of many electric devices. Improvements in temperature resistant coatings, seal materials, housing designs, enclosure testing and certifications have all improved the enclosure sealing qualities for water tight, corrosion resistant, submersible, and explosion-proof applications thus enabling electrically actuated solutions to expand the range of environments in which they can safely operate.

Concerning the perception of their delayed response, here too one cannot so easily dismiss the contemporary electric actuator. Most control loops in the past used linear algorithms. Electric actuators prove slow to respond to this control scheme because of their extensive power gear train designs. But now, high technology modulation boards, integral to the actuator, can effectively dampen this lag. Thus, a dampened 70 percent duty cycle actuator can appear to act as a higher duty cycle unit, since the modulating board reduces overall signal drift oscillation and therefore time the actuator is being stroked.

While the absence of an effective failure mode may have nullified the implementation of an electric actuator in the past, this no longer proves the case. Electric actuators now have several avenues one might pursue in regard to a fail position. First, one can employ a battery backup meaning that the unit incorporates a charging battery to run the unit open or closed upon a loss of power. Loss of signal voltage can also induce the actuator to fail open, fail closed or fail in position as desired via jumpers. The second option to achieve a desired failure mode involves the installation of a spring return feature meaning that the actuator incorporates a spring power storage design, and at loss of power, a magnetic clutch drops out to allow mechanical spring failure in the open or closed direction. Lastly one can opt for a  Silicone Controlled Rectifier (SCR Pack) in which the actuator employs a high energy electric storage device that zaps the unit to an open or closed position upon loss of motor power.

A specific advantage for the electric actuator over the alternatives surrounds the topic of scalability. As electric actuators use motor driving mechanical gears to achieve their power output, to increase the power, the unit does not always need to grow in size, but rather a simple gearing change in the same enclosure can often achieve the necessary adjustment in output torque. Pneumatic and hydraulic devices, on the other hand, utilize force times area principles which means that the unit must grow in size in order for the actuator power to increase. Thus, electric designs prove significantly more scalable than pneumatic devices.

Finally, the issues regarding the cycle life of electric actuation has remained largely unchanged over the years, however, it proves worthwhile to note that most quarter-turn, discrete valve applications do not require high cycles. Modulating electric applications move across or near the control loop set point and therefore do not fully stoke thus largely nullifying the concern. 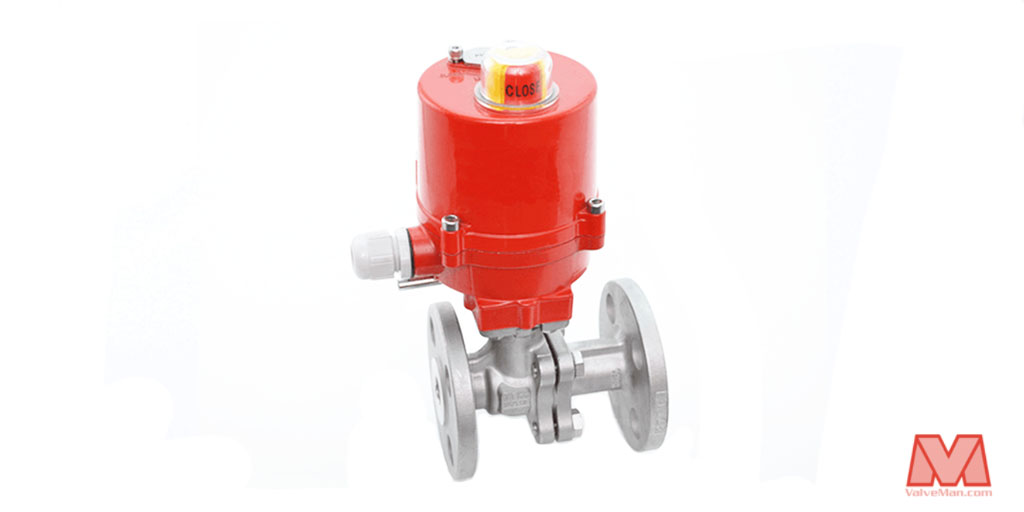 With good reason, electronic actuation devices prove much more accepted today than ever before. The technology has grown exponentially and has addressed virtually all of the pitfalls that were present in its infancy. In the end, there remains little doubt that the electric actuator remains in prime position to control the future of future control.

About Our Author: For the past 5 years, Ryan Driscoll has positioned himself as an irreplaceable member of the FS Welsford firm in his position as inside sales support. Driscoll is a graduate from the prestigious Princeton University where he studied architecture. Driscoll has successfully taken the knowledge he acquired while studying architecture and has translated those technical skills into engineering valves and instrumentation on a daily basis. He also assists ValveMan.com with their day-to-day live, virtual engineering interface.