To properly convey the function of a double acting valve actuator, one must first cover some background material on actuators as a general category. Whether as a simple linear piston actuator or an explosion-proof, multi-turn electric motor, an actuator is a device that works in conjunction with a valve to automate the process of stroking that valve. Without such a device, all valve operation would prove a manual exercise wherein every valve would require the direct physical manipulation of a lever, handwheel, gear operator, or similar item in order to open or close the flow path each time a process required the valve to stroke.

The use of actuation eliminates the need to manually open or close the valve since the instrument performs this action in lieu of the manual operator by means of the actuator valve dynamic interface. Just as there exist myriad valve designs, from ball valve to sliding gate valve, there likewise exists a variety of operating devices to stroke said valves.

Pneumatic, hydraulic, and electric valve actuators prove among the most common categories of actuation, respectively employing electric, air, and fluid power to drive the action of the device. The emphasis of this discussion will surround pneumatic actuation. 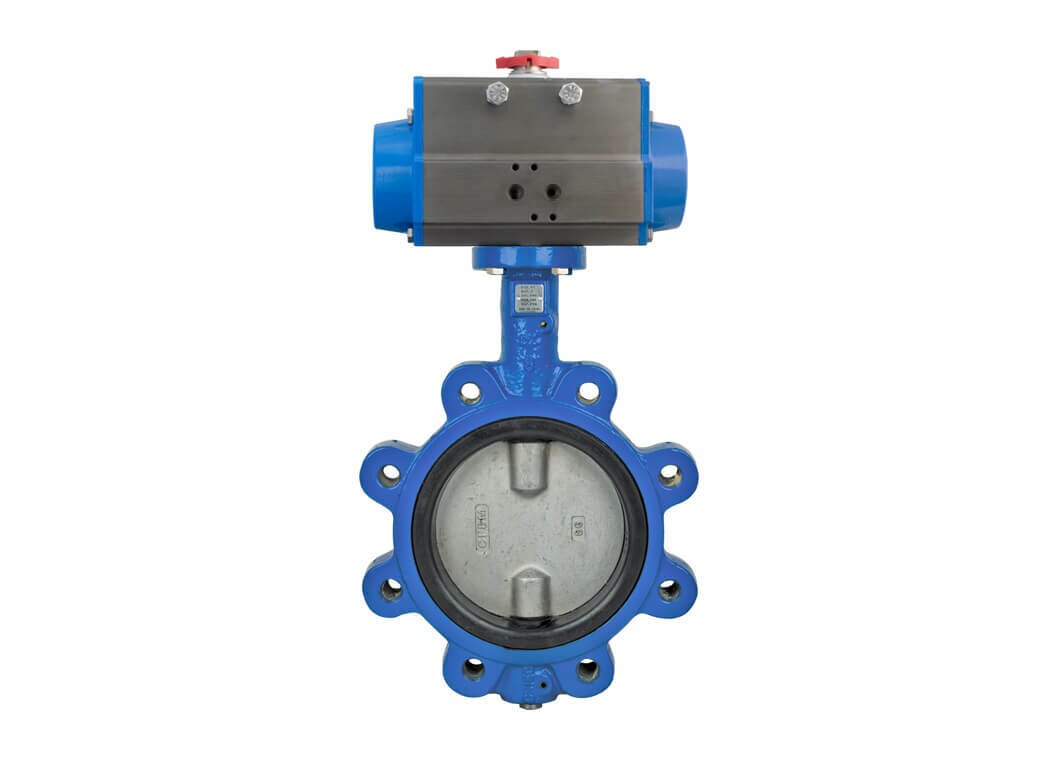 Though the general principles of air-driven actuation apply to both the pneumatic linear actuator and the pneumatic rotary actuator, the focus of this explanation will explore the implementation of pneumatic actuation as it concerns quarter-turn devices like a butterfly or ball valve. In a typical design, operating a ball valve requires a ninety-degree range of motion.

The ball valve will sit in its initial position, either open or closed, until stroked to the opposing position, either closed or open, by rotating the ball 90 degrees in the plane of installation either clockwise or counterclockwise, depending upon the configuration. Likewise, in order to stroke such a ball valve, a pneumatic valve actuator must drive this ninety-degree rotation by utilizing instrument air.

To accomplish this task, this style of the pneumatic device often involves a rack and pinion design. As opposed to the cylindrical chamber of a pneumatic linear piston actuator that may only require one piston, the main chamber of this quarter-turn unit’s housing includes two pistons that serve as the rack as well as a central drive shaft serving as the pinion.

The driveshaft interfaces with the stem of the ball valve through the integrated drive bushing of the valve actuator or by means of a coupler to effectively translate this rotary motion to the ball itself, thus opening or closing the ball valve. A pneumatically operated rack and pinion design uses instrument air pressure to exert the force that pushes the device’s pistons in a specific direction.

Depending upon the arrangement, that direction can either result in the opening or closing of the associated ball valve. It remains the force responsible for causing motion in the opposing direction that differentiates a double acting actuator from its counterpart, the spring return actuator. 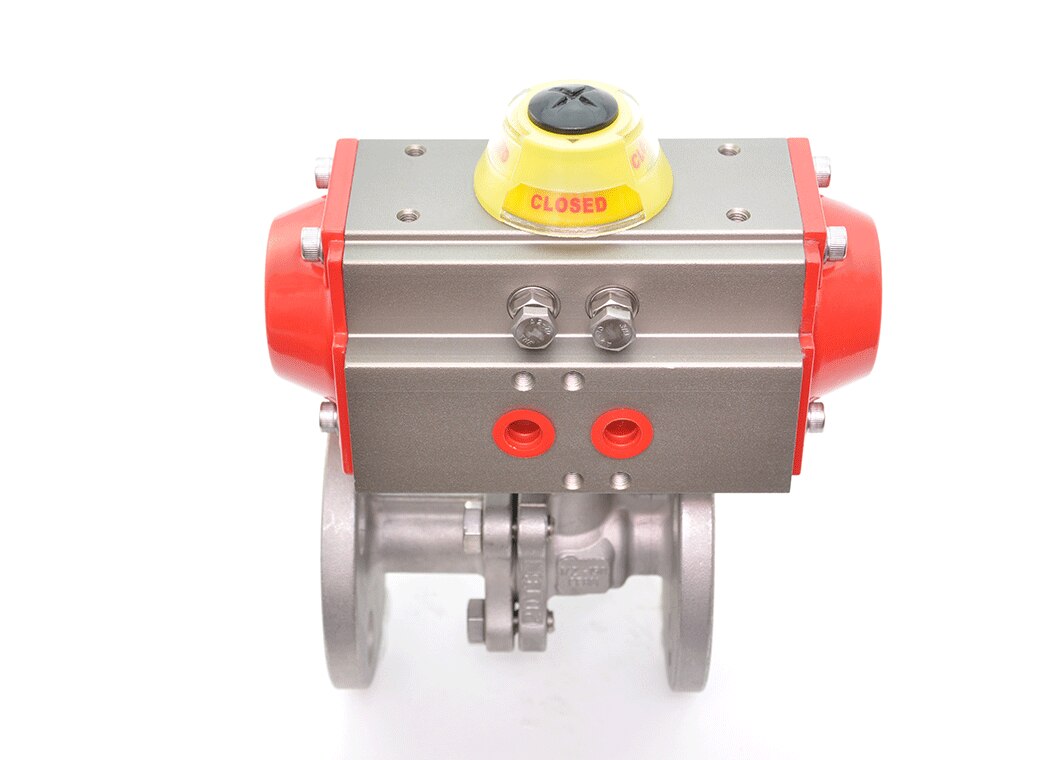 In a double acting setup, the design requires the force of the instrument air pressure to both thrusts the pistons apart as well as to push the pistons together. In other words, this design requires supplied air to complete both the actions of opening and closing the subject, hence the term double acting valve. This function utilizes two air supply ports integrated into the design of the housing.

Oftentimes, a valve assembly may include the installation of a solenoid to govern the supply air to these ports so that an electric signal may govern the opening and closing of the valve by means of this solenoid actuator interface.

In a spring return configuration, springs situated inside the housing rest against the outward faces of the pistons. When one supplies air to the central chamber, the supplied pressure opposes the force exerted by the springs. Adding sufficient air pressure, typically 60 PSI to 80 PSI, will overcome the spring force and push the pistons apart resulting in the rotation of the driveshaft.

However, when one removes this supply of air pressure, the spring force automatically returns the pistons to their original positions, thus rotating the drive shaft back in the opposite direction, hence the designation spring return. Here too one may elect to employ the aforementioned solenoid actuator dynamic to control the opening and closing of the device by means of an electric signal.

Though the presence of springs remains a benefit in terms of offering a fail position, the absence of springs in the double acting design also presents an advantage in terms of size and weight. While the actuator valve interface typically remains similar between the two types, double acting devices prove significantly lighter, frequently less expensive, and often smaller in profile, especially in larger sizes, since they do not need to accommodate hefty springs.

Also, the force required to stroke a valve open using a double acting setup only needs to overcome the torque intrinsic to the valve and the process, while a spring return configuration must also combat the opposing force of the springs themselves.

In need of an automated ball valve assembly with a double-acting actuation? The experts at ValveMan have the knowledge and experience to help. Shop ValveMan.com today!