What is a Swing Check Valve?

Swing check valves, often used in the water distribution industry, are valves that will either block reverse flow, or allow forward flow in a piping system. The term "swing" refers to the action of the plug--in this case, a flap (usually a disk)--that swings on a hinge. The assembly is sometimes called a "clapper." Swing check valves normally operates without any external intervention from people or motors--they relies on the flow. They are used extensively in various piping systems that move liquids, gases, steam, condensates, and even air. 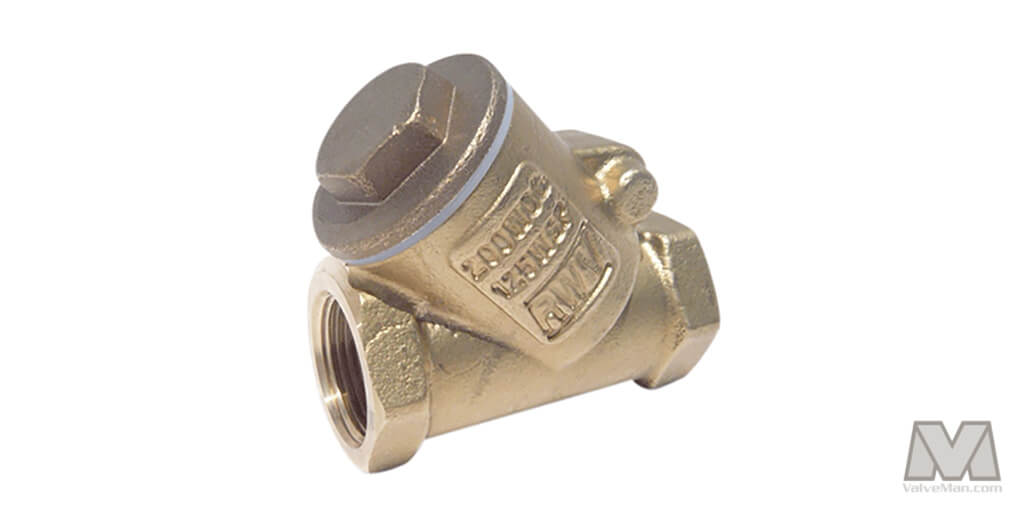 In order for a swing check valve to work, it must utilize a minimum upstream pressure strong enough to move the flap. This is known as the "cracking pressure." Size and styles of check valves revolve around this measurement. The greater the flow rate, the further the flap will swing open on its hinge. Most check valves are considered fully open at around 85 degrees.

So How Does it All Work?

The main purpose of a check valve is to prevent backflow. Backflow is a reversal of fluid travel. Swing check valves are used in all size applications but they are used often for large diameter applications. So, how does it work? The pressure and flow of the fluid holds the valve open, just as it will hold the valve in a closed position against a seal in the case of back pressure. Except for the flush handle (which would be an external actuator), a toilet works on basically the same principle. As water fills the tank, it pushes the flap closed, and holds it there until you flush it again. A swing check valve can be mounted horizontally or vertically if the flow is coming from the bottom. However, the vertical orientation will can cause a higher cracking pressure due to the weight of the flap.

Check valves are common in any piping systems, especially those that incorporate any kind of pump. Swing check valves are often used in brass for a low cost option and used in stainless, cast iron, and carbon steel for large diameter applications. These applications are the kind found in water distribution or sewage treatment facilities. Swing check valves are also very common in the oil and chemical refining industries, and related applications. Diameters of swing check valves can exceed 2 ft across or more, depending on the amount of flow, flow pressure, as well as backflow pressure. The simplicity of the self-automated swing check valve makes it a frequent part of any piping system--domestic, commercial, industrial--that moves fluids via a pump. This list would include cooling towers, boilers, HVAC units--anyplace where preventing backflow is needed. 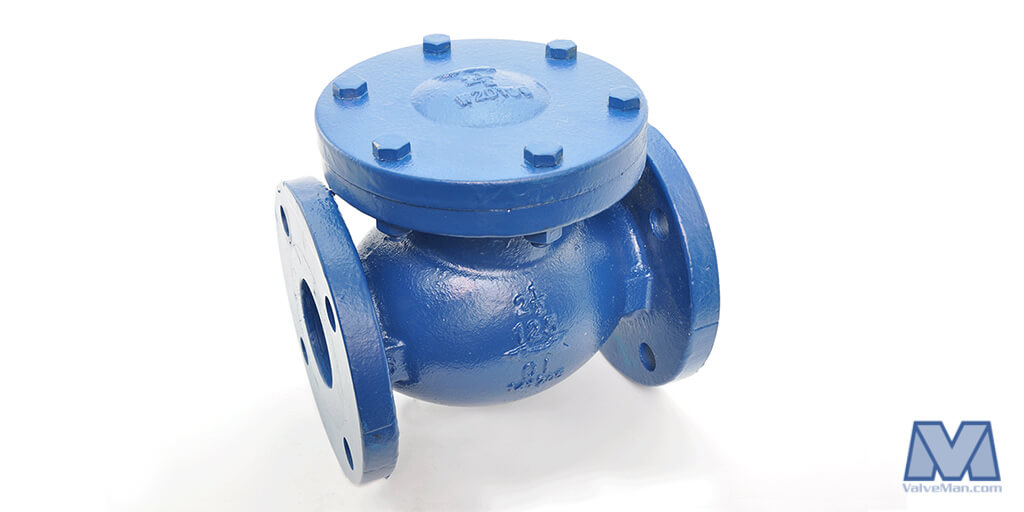 When something fails in a piping system, the check valve is often blamed, though it is highly unlikely that it is at fault. Swing check valves are practically foolproof. When matched correctly--matched to the amount of flow pressure, rather than a piping system's diameter-- a swing check valve will provide maintenance free service for a very long time. Trouble free service comes with proper installation and application, which means there will be no disk "flutter." Flutter happens when the valve is not matched properly to the flow rate, and back flow is allowed to pass.

If you are in the market for swing check valves of any kind, be sure that you contact us first.  We are  ValveMan: your premier online valve store, and we've been selling swing check valves for over 50 years. In fact, all we sell are valves. It's simply what we do, and we do it better than anyone else.