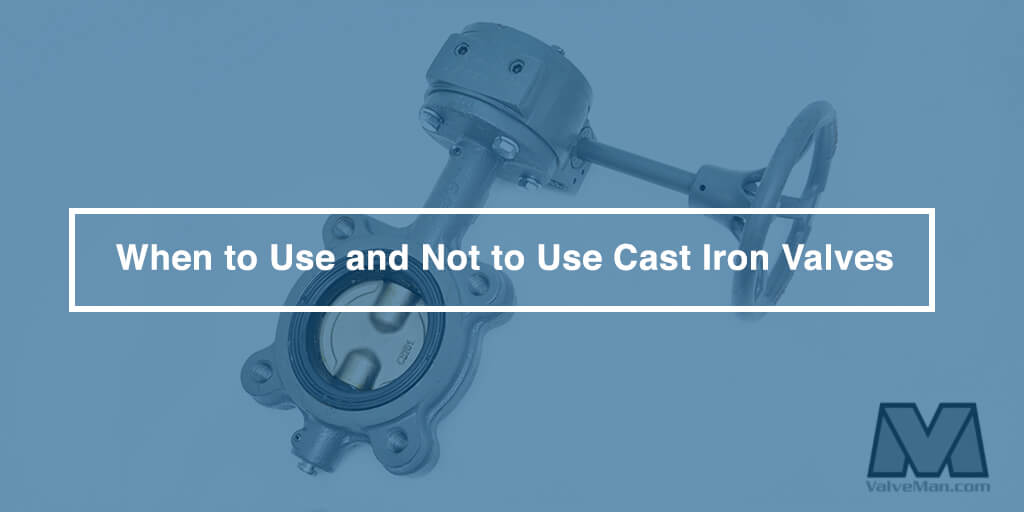 When to Use and Not to Use Cast Iron Valves

Cast iron valves are everywhere, and have been used for a variety of applications for nearly two centuries. Cast iron was, and to some degree still is, used extensively for large bore piping hosting a variety of media. In a sense, cast iron is an alloy left over from the Industrial Revolution that is still used today for larger bore valves.

Cast iron is used in everything from engine blocks to bridges. It has a low melting point, and lends itself well to casting. It is easily machined, is wear resistant, and will not easily rust (though oxidation is one of its downfalls). Most cast iron valves are made from an alloy commonly known as grey iron. Pure iron is never used as a valve material because it is too soft. Add a little carbon (about 0.3% in the form of graphite) and you get steel. Add a little more carbon (about 3.5%) and you get standard cast iron--grey iron. Cast iron does not have the tensile strength of steel, but its superior compressive strength is comparable to low and mid carbon steel. Cast iron also has excellent damping qualities, but a low ductile strength. 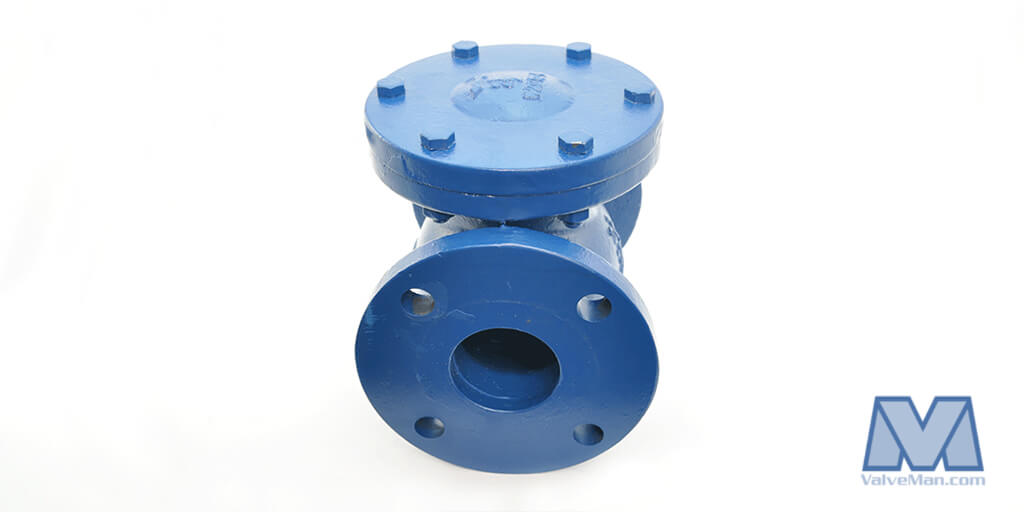 Cast iron valves will be designated as ASTM A 126 (Class B). These valves are most commonly employed in commercial and industrial applications for gas, water, steam, and other general piping. Off-the-shelf sizes range from 2" to 8" or larger, but valves with much larger bores have been cast from grey iron.

When to Use and Not to Use

Cast iron valves are very durable, but have drawbacks, and therefore their applications should be chosen carefully. They are seriously susceptible to oxidation when exposed to high humidity for long periods of time. Their low ductile strength means they should not be subjected to any kind of bending (such as in marine applications, as large ships tend to bend and flex with the motion of the sea: Navy regulations call for ductile iron). Cast iron valves should be avoided for applications involving excessively high pressures, as they are somewhat brittle. Cast iron is also susceptible to graphite corrosion (graphitization: surface and structure look fine, but the integrity of the metal weakens). This is caused by anything highly acidic. These conditions should be avoided where the application of cast iron valves are concerned. However, cast iron valves and cast iron piping are commonly used for water distribution, steam, plumbing, drain, waste, and vent plumbing applications. They are also used in many industrial and commercial applications. Cast iron valves are available in a wide range of sizes and configurations, including but not limited to, ball valves, gate valves, butterfly valves, and multi-piece valves like flanged valves.  You can shop cast iron valves through top manufacturers such as Milwaukee Valves through the ValveMan valve store.